One Shot Against Corruption

The current generation is quite dissatisfied with the government. In the event of the upcoming Assembly Elections in Tamil Nadu, the sense of ennui is strong but people feel there is no point in voting as you are simply given the choice between a rogue or a criminal. What many people don’t realize is that not voting is just as dangerous, as unused votes can be misused. Most citizens are not aware of the NOTA (None of The Above) option that has come to replace the archaic 49O.

Culture Machine’s channel ‘Put Chutney’ provokes you to think about the power of your vote and reminds you about the ‘NOTA’ option through their latest music video.

The video delivers a strong message that needles the politically discontented public in Tamil Nadu to take action. This is the one shot they have to show their discontent and this is depicted metaphorically through an entire music video shot in a single take. A musician sings about his aggravation while walking through a slum. He expresses the dissatisfaction of the people and the malice of political parties that are standing in the elections. Towards the end, he is joined by the raptivist Sofia Ashraf, of the “Kodaikanal Won’t” fame. She instigates the public to understand their power and how they must not be docile.

Go ahead, don’t let your vote be misused. You have just one shot! 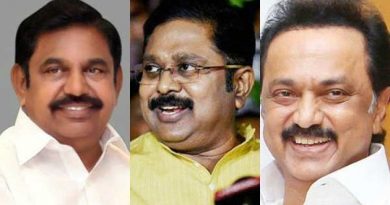