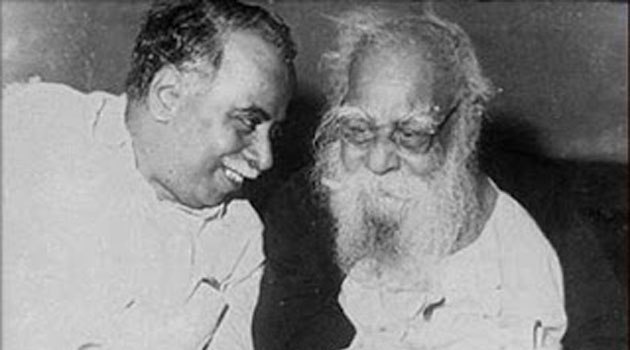 In other parts of India, caste and religion are primary identities. But what is unique and complex to Tamil Nadu is its linguistic identity, which is undergoing a major transformation. It is unique because none of its neighbouring states has this problem. It is complex because the answer to the question who a Tamil is, is not simple. Tamil Nadu alone is grappling with a pseudo racial-linguistic identity called “Dravidian”.

Dravidian refers to the language group comprising Tamil, Kannada, Telugu, Malayalam and Tulu which are all contiguous but also includes Brahui which is spoken in the Baluch province of Pakistan. It was Francis Whyte Ellis, collector of Madras Province, who correctly identified that Tamil et al formed a linguistic group of their own that was apart from Sanskrit. He called it Dravidian. Robert Caldwell subsequently wrote a comparative grammar of these south Indian languages. Research by Burrow and Emeneau identified Dravidian root words distinct from the Indo-Aryan family of languages.

What was simply a linguistic exercise picked up momentum in the then Madras Province and took on a political colour. Finding of Madagascarian Lemur fossils in the Western Ghats resulted in the theory of Lemuria, a land mass where a pure Dravidian race supposedly originated, that was said to have been lost in the southern oceans.

When Sir John Marshall proposed the Aryan invasion theory after the Mohenjo Daro, Harappa excavations, the Dravidian theorists gleefully latched on to that and claimed Indus civilisation as a Dravidian civilisation which was destroyed by the invading Aryans. They said that the whole of India from Kumarikkandam (Lemuria) to Himalayas, including the Western Indus was populated by Dravidians. The marauding Aryans pushed them down south. The evidence? Brahui, a Dravidian language, spoken in Baluchistan.

This gave rise to Dravidian identity, of the great reign of the Tamil rulers, and the casteless and equitable societies mentioned in the Sangam poems following a religion that is not exactly compatible with the Vedic, Puranic Hindu religion. All ills of modern Tamil society could be blamed on the influence of Sanskrit, Vedas, Aryans and, primarily, brahmins. The Aryans not only drove the Dravidians down south, but also imposed their brahminical Hindu religion and caste system on the Dravidians. The Dravidians had to cast away the evils of the Aryan, brahminical Hindu influence and return to the glorious Sangam Dravidian era. Thus was born the opposites: Dravidian x Aryan, Tamil x Sanskrit, Casteless society x Caste-ridden society, Tamil religion x Hinduism.

The Dravidian identity revelled in being anti-Hindu, anti-brahminical (because brahmins exemplify Hinduism, caste system and Sanskrit) and anti-Hindi (because Hindi is the modern representative of Sanskrit). Periyar’s Dravidar Kazhagam and the DMK subscribed to these ideas completely. This identity and the politics built on it helped the DMK capture power in TN.

Dravidian identity politics successfully vanquished other identities in Tamil Nadu for nearly 50 years. Over the last few years, however, a strong contender in the form of Tamil nationalism has emerged because Tamil Nadu got into river water disputes with all the neighbouring states and the neighbours did not seem to care much for Dravidian niceties although Telugus, Kannadigas and Malayalis are putatively Dravidian.

The Tamil nationalists, however, consider Dravidians as their number one enemy. Ramadoss of PMK, Seeman of Nam Tamilar Katchi and other fringe groups have been pushing this Tamil identity in recent times.

There is some confusion on the identity of Tamil speaking brahmins. The Dravidians are fairly clear that brahmins are Aryans. But some Tamil nationalists think brahmins can be included into their fold. They do not speak Sanskrit in any case, except a few mantras.

Many youngsters who took part in the jallikkattu agitation will go through the question of their identity. Neither myth, nor real politics is in favour of Dravidian identity.

(Note: This article was published in timesofindia.indiatimes.com, March 3, 2017) 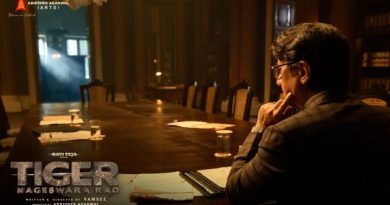 Anupam Kher On board For Tiger Nageswara Rao

Sex Workers Feel Pinch Of Demonetisation As Customers Ask Them To Accept Rs.500 And Rs.1000 Notes 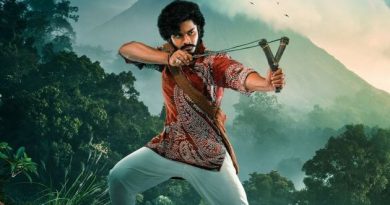