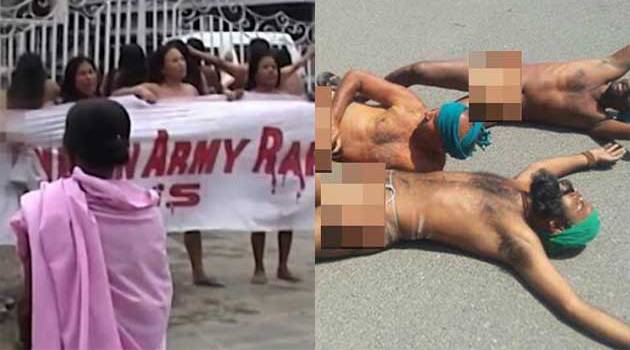 Dramatic pictures from outside the Prime Minister’s Office took those in New Delhi by shock. Farmers from Tamil Nadu, who have been protesting in the national capital for the last 28 days, stripped naked, some waving their shirts in the air, while a few others rolled on the tarmac outside South Block.

Their protest was another attempt at grabbing the Centre’s attention to their desperate plight. Suffering the worst drought in Tamil Nadu in 140 years, farmers have been demanding that the Centre announce a drought relief package and a loan waiver among other measures to alleviate their losses. Over the course of the last month, farmers from the Cauvery Delta have met numerous leaders, including meeting Union Finance Minister Arun Jaitley and President Pranab Mukherjee to submit a petition with their list of demands. But their pleas have gone largely unheard.

On Monday, when a promised meeting with Prime Minister Narendra Modi did not take place, farmers decided to express their dissent and anger by running naked outside the PMO’s office.

But the nude protest in the national capital is not the first of its kind in India.

In July 2004, twelve women, in their sixties and seventies, stripped out of their blouses and wraparounds and stood naked one by one in front of the Kangla Fort, the headquarters of the Assam Rifles in Manipur’s Imphal. They held aloft nothing but a thin banner that read, “Indian Army Rape Us”. The mothers of Manipur, as they came to be known, were protesting the alleged rape and murder by the Indian Army of Thangjam Manorama, a 32-year-old woman suspected of being a militant.

The mothers of Manipur had little or no political agency, with their nude protest being their final and desperate resort at seeking the Centre’s attention. Their iconic struggle forced the Assam Rifles to vacate from the Kangla Fort while AFSPA was lifted from seven assembly constituencies of Imphal. Manorama’s killers and rapists, however, remain free.

Like their nude demonstration, the Tamil Nadu farmers’ protest is an agitation along the same lines, representing people who are poor and have little means, without a political voice in New Delhi.

“The insensitivity and inhumanness of the Prime Minister and the Central Government is both condemnable and reprehensible,” said V Suresh, National General Secretary, People’s Union of Civil Liberties (PUCL). He went on to say that these protests show the desperation of the farmers and such insensitivity by the government in the face of acute agrarian crisis is going to cause problems to not just the farmers, but the entire nation as well.

Hitting out at the Centre’s apathy, Suresh noted that the government’s lack of response to the farmers’ plight was similar to the 2004 protest.

Iyyakannu, who leads the protesting farmers in New Delhi, explains, “We are forced to do this, we are not beggars. We have no other option.”

Whether their pleas will go unanswered remains uncertain. 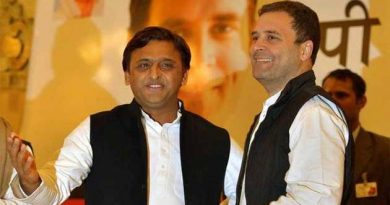 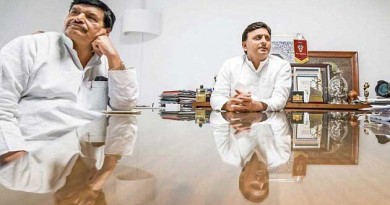