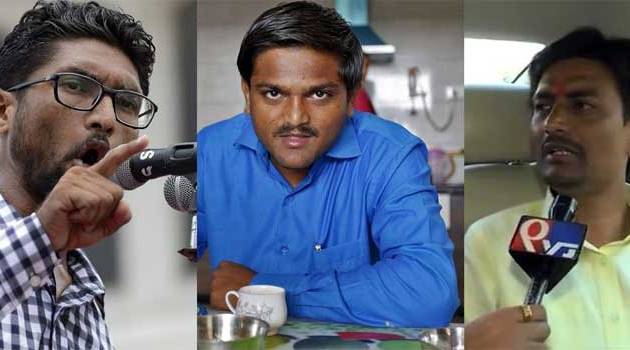 The Gujarat government can acquire land in the state without the consent of landowners. It is also not required to assess the land acquisition for any adverse social impact it may have.

This has been made possible by the Land Acquisition, Rehabilitation and Resettlement (Gujarat Amendment) Bill, 2016, which became a law in August.

The new law has had a rather unexpected political fallout too. It has united three unlikely political players in Gujarat – Hardik Patel, who is heading the Patel demand for reservation in jobs and education, Alpesh Thakor, an Other Backward Classes leader who is rising in prominence, and Jignesh Mewani, who lead the Dalit protests in August against assaults on community members.

All three have opposed the land law, and in September, they signed a public document promising to stand united against it and mobilise protests in the coming weeks.

“We are all sons of the soil,” said Thakor. “And, therefore, we have come together to oppose a law that will do us a disservice.”

Patel said farmers should not be deprived of their lands, while Mewani said he was fighting to change the image of Dalits as a community of landless labourers.

According to Sagar Rabari, founder of the Jameen Adhikar Andolan – Gujarat, “The three of them cater to different sections of society and have absolutely no overlapping issues.”

He added, “But if one law can unite them in Gujarat, can you imagine what would have happened at the national level if the land law was passed?”

Gujarat’s new land law is an exact replica of a Central Bill that lapsed last year. The National Democratic Alliance government at the Centre had brought it to replace the Right to Fair Compensation and Transparency in Land Acquisition, Rehabilitation and Resettlement (Amendment) Bill, 2013. However, in the face of massive protests against the removal of the consent and social impact assessment clauses, the government had given up on the new law in August last year and reverted to the 2013 Bill.

Land falls in the concurrent list, which means both state and Central governments can frame laws on it. That is how the Gujarat law came about.

According to Rabari, what made it imperative for Gujarat to pass the unpopular law was the fact that 60% of land in the state is earmarked for a 1,500-km industrial corridor that would connect Mumbai to Delhi. Gujarat falls strategically at the centre of this proposed $1-billion corridor – touted as the world’s largest infrastructure project – making it even more crucial to ensure smooth transfer of land.

But there are many, in Gujarat and the five other states the corridor would run through, who are against the project. “What would be left in Gujarat after 60% of its land is taken away for industrialisation would be the Kutch region of northern Gujarat, which is already industrialised,” said Rabari. This would mean complete industrialisation of a state that has lands fertile enough to grow even expensive cash crops such as cumin and cotton.

Rise of the Patels

The Patels were the biggest beneficiary of land reforms in the early 1950s, when land was redistributed from the powerful Kshatriyas. As a result, the community became both a political and financial power in the state, even though they constitute only about 15% of its population, according to the 1931 caste census.

The Patels control India’s thriving diamond cutting industry in Surat and have a massive share in the textile industry as well.

They have traditionally rallied against Kshatriyas, Harijans, Adivasis and Muslims (the combine is politically known as KHAM). A KHAM alliance led by the Congress ruled Gujarat through the 1980s, alienating the Patels, who launched anti-reservation movements targeting OBCs and Dalits.

All that changed in 2014 when Hardik Patel demanded quotas for Patels, saying reservation should either be for all or for none at all. And now the 22-year-old has vowed to hold rallies alongside OBC and Dalit leaders against the land law.

“We differ politically, sure,” he said, speaking on the phone from Udaipur in Rajasthan. “But we all believe farmers should not have to give up their lands. Where will the poor farmer go if his land is taken away?”

Patel is not in Gujarat at the moment as part of his bail condition in sedition cases linked to the reservation protests. The Gujarat High Court had allowed him out in July on the condition that he stay away from the state for six months. “When I return, we will hold public meetings and rallies where we will discuss the issue of land in detail,” he said.

A senior member of the Patidar Anamat Andolan Samiti that Patel heads said, on condition of anonymity, that while Patels have sought reservation in government jobs as they are failing as agriculturalists, their strength lies in the fact that they are land owners. And the new law threatens to take away their lands, which would prove fatal for them, he added.

Alpesh Thakor, who leads the Gujarat Kshatriya-Thakor Sena, has publicly opposed the Patidar agitation many times, calling it “unfair and contrary to law”.

Thakor and other political groups are afraid Patel’s demands will eat into their share of the quota pie. The massive turnouts at Patel’s rallies – one in Surat in July 2015 drew close to 450,000 people, according to the BBC – has made these groups jittery.

In April, the state government announced a 10% reservation in jobs and college admissions for the economically backward among upper castes, including Patels. But the Patidar Anamat Andolan Samiti rejected it, as did the Gujarat High Court. Legal experts say the move will not hold water in the Supreme Court either.

Thakor, 39, comes from a political family. His father, Khodabhai Patel, is a Congress leader. However, Prime Minister Narendra Modi is an OBC leader and the Bharatiya Janata Party has made several statements in support of Thakor’s campaign against alcohol addiction.

Explaining his decision to unite with his political opponents against the land law, Thakor said, “I believe we should frame farmer-friendly policies that would help bring down suicide numbers, instead of framing policies that further alienate the farmers.”

Thakor called himself a “large farmer”, admitting his family owns about 100 acres near Ahmedabad.

The third member of this unlikely alliance is Jignesh Mewani, a former journalist and activist. On July 11, four Dalits were flogged with iron rods for skinning a dead cow in Gujarat’s Una town. Soon after, the 35-year-old emerged as the face of the community’s anger against rising atrocities against its members. On July 31, Mewani gave the call for a protest march to Una.

The Dalit community traditionally works with animal carcasses in tanneries. Therefore, Mewani believes the four men were flogged for merely doing their job. “We want a new identity for Dalits in Gujarat,” he said, adding that it should be one that ensures they no longer have to work in demeaning professions.

He also wants them to no longer remain landless. “We want the government to tell us why 90% or more of Dalits and Adivasis in Gujarat are landless. They have enough land for Adani and Ambani, but not for landless Dalits,” he said.

During the 10-day march from Ahmedabad to Una, Mewani stopped at several villages to shout slogans such as “Keep your cows, give us our lands”.

Working with activist Mukul Sinha, he has tabulated the amount of government land in Surendra Nagar and Junagarh districts and the number of landless Dalits in those areas, and demanded land for them under the state government’s “land for landless” scheme.

Under the programme, common lands (lands over which a group of people have traditional rights) held by the government in each district are to be redistributed among the landless. The first preference is to be given to former Army personnel, followed by Dalits, then Adivasis, and finally OBCs.

In 2005, the government pronounced the scheme a failure. But two years later, after agitations against its decision, it agreed to distribute the land. However, the scheme was never properly implemented. While Dalits received ownership documents, they still do not have physical possession of the lands.

“Because they don’t have land, they are forced to work in degrading jobs like skinning dead animals,” said Mewani. “And now they are being beaten up for that as well.”

Mewani said he had decided to join the fight against the land law because “to fight large corporate lobbies, we need numbers. So, opposing political forces had to come together”.

He said the fight was between the landless millions and those with millions of rupees.

Ahmedabad-based land rights activist Persis Ginwala said the vigorous opposition to the land law was an indication of the failure of the much-hyped Gujarat model of development.

The coming together of Hardik Patel, Alpesh Thakor and Jignesh Mewani could have repercussions for the Bharatiya Janata Party – which has been in power in Gujarat for three consecutive terms now – in the Assembly elections next year.

The caste agitations they are leading are a relatively new phenomenon, having made headlines in the last two years.

“Ever wondered why all these agitations surfaced after May 2014?” asked Ahmedabad-based legal activist Mukhtar Mohammed. “Because the younger leaders do not face as much pressure within the state as they used to when Amit Shah and Narendra Modi were here.”

However, Mohammed said, these young leaders do not see eye-to-eye on any issue other than land, and for them to defeat the BJP, they need to forge a strong political movement on land rights.

But for now, the coming weeks could bring a lot of trouble for the ruling party in Modi’s home state.

There could be trouble brewing in Rajasthan too, where the BJP government enacted a Special Investment Region Bill and Land Pooling Scheme just a week after the Gujarat Assembly passed the land Bill.

“This will be the fate of other BJP-ruled states as well,” warned farmers’ association leader Sagar Rabari. 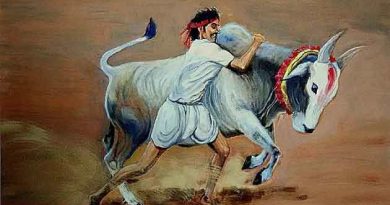 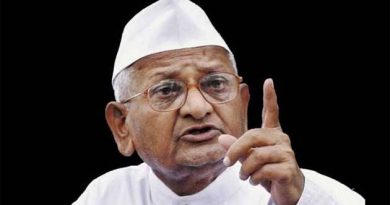 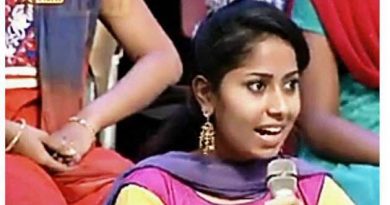