As the five JNU students, including Umar Khalid, who the police had been looking for in connection with a sedition case, returned to campus on Sunday night, a fiery speech by Umar has been uploaded online.

Umar addressed a gathering in the wee hours of February 22, at the admin block in the JNU campus.

Mocking the police’s reaction and media coverage about him, he says “My friends, in the past few days, I’ve learnt things about myself that even I wasn’t aware of’.”

“They tell me I have been to Pakistan twice and come back. I do not even have a passport, yet its being said that I went to Pakistan,” he added, evoking laughter from the students.

Talking about how he was framed by the media by lies, who called him a “mastermind” who was “planning this meeting for the last two three months,” he slammed them for “trying to frame and profile” him in a “virtual media trial.”

He also said that those who spread lies against him, will not be let go.

“Every media channel will have to answer. I wasn’t concerned for myself…. but for my father and my sister, who were threatened on social media,” he said as slogans of ‘shame’ echoed in the background.

He also takes a dig at Zee News and Times Now’s Arnab Goswami, who he says he does not want to name.

He says that there are many before this government who have come and faced the wrath of the University, including the likes of Indira Gandhi, Manmohan Singh and P Chidambaram.

“In the past seven years of doing politics, I’ve never felt like a Muslim and I’ve never projected myself as a Muslim also,” he added.

Claiming that the authorities have messed with the wrong University, he concludes that “a University which does not allow dissent becomes a prison, and we will defeat this agenda of theirs.”

“Let us get rid of conflict”: A R Rahman 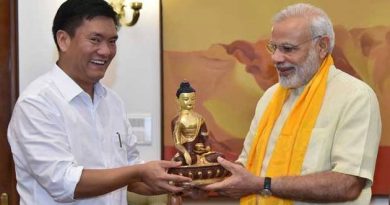 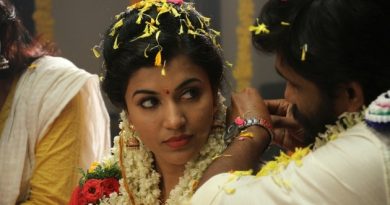 “Igloo” – a tale of emotions, inspirations and positive approach towards life