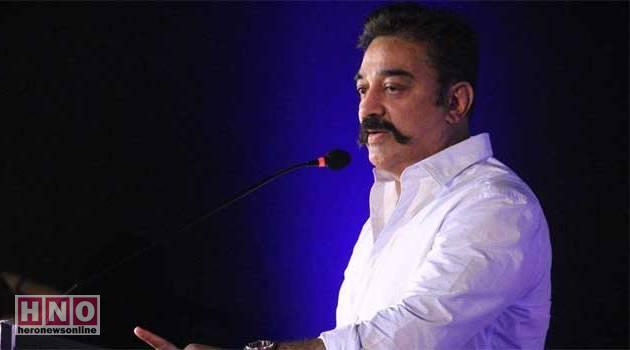 For the last two months, southern superstar Kamal Haasan has been in the news more for his political comments than his acting skills.

The Tamil Bigg Boss host has trained his guns firmly on the ruling All India Anna Dravida Munnetra Kazhagam, using a mixture of mockery and criticism that has enraged ministers in Tamil Nadu.

Tuesday saw this battle reach its peak, with Haasan indirectly seeking the resignation of Chief Minister Edappadi K Palaniswamy, claiming that “enough crimes” have already been committed under the regime. He said this while comparing Tamil Nadu’s situation with the controversy in Uttar Pradesh, following the Gorakhpur tragedy in which over 60 children died in a government hospital.

The aggressive nature of his tweets has made political observers in Tamil Nadu wonder if this is a precursor to his formal entry into politics. On Tuesday, he also called for a “new independence movement” against corruption, stating that everyone is a slave till there was freedom from corruption.

Haasan’s statements have become more acerbic ever since the state’s other superstar, Rajinikanth, asked his followers in May to get ready for a war after denouncing the political system. This has also led observers wonder if Haasan is carrying his cinema rivalry to another sphere.

Kamal Haasan’s strained relationship with the AIADMK is well known. The source of this animosity goes back to 2013, when his filmViswaroopam got into trouble with Muslim groups, who alleged that some of the scenes hurt their religious sentiments. Fearing a law and order problem, the state government under Chief Minister Jayalalithaa ordered theatres not to show the film. Haasan declared stated that he would leave the country if the film was stalled. But he later agreed to edit some portions of the film to pacify the protesting Muslim groups.

At the time, Haasan had thanked Jayalalithaa for her cooperation in resolving the controversy. However, in a television interview last month, he claimed that the troubles caused during the release of the film could not have happened without state support. He also said Jayalalithaa could not be placed on the same pedestal as her political mentor MG Ramachandran and arch rival Dravida Munnetra Kazhagam President M Karunanidhi.

These statements prompted strong responses from ministers in Tamil Nadu. They pointed out that Haasan had rarely made political statements when Jayalalithaa was alive, given her intolerance to criticism.

Since Jayalalithaa’s death in December, the tone and tenor of Haasan’s statements have changed significantly. He backed the January’s jallikattu protests on Chennai’s Marina beach by supporters of the bull-wrestling sport, and criticised the state government for not doing enough to pacify the agitators. Haasan also led the Tamil film industry’s campaign seeking lower tax slabs for movies under the Goods and Service Tax regime. He went on to criticise the government for failing to protect the interests of Tamil Nadu’s aspiring medical students with regard to the controversy around the National Eligibility cum Entrance Test. In the meantime, he has taken potshots at the split in the ruling AIADMK and even encouraged his fans to expose corruption.

Whenever Haasan or Rajinikanth make political statements, many in Tamil Nadu invariably recall the political battles in the 1970s and 1980s between the two main stars of the previous generation, Sivaji Ganesan and MG Ramachandran.

Given his flamboyance and fervant followers, Rajinikanth is often compared to MGR. Haasan, the actor par excellence, is considered Sivaji Ganesan’s heir in the cinema industry.

Like Sivaji Ganesan was considered less popular than MGR, Haasan too is thought to have a following that is more limited than that of Rajinikanth. As a result, observers are doubtful about this ability to be politically successful.

Starting with the Dravidian movement in the 1940s, Ganesan moved to the Congress in the 1950s and later became a Rajya Sabha member. But unlike MGR, whose stardom and fan following translated into votes, Ganesan was a political failure. He left the Congress in 1989 after the party decided not to back MGR’s widow VN Janaki in the Assembly elections and floated his own party. The outfit was wiped out at the elections that year, ending his political career unceremoniously.

Political commentator Azhi Senthilnathan said Haasan’s task was even more difficult. “Sivaji Ganesan belonged to a majority caste in Thevars,” he said. “Haasan does not have this caste backing.” Haasan is a Brahmin Iyyengar, the same community to which Jayalalithaa belonged. But unlike the former chief minister, Haasan does not have the backing of a well-oiled machine in the AIADMK, which rode on the popularity of MGR.

Besides, politics in Tamil Nadu has changed significantly since the days of MGR and Sivaji Ganesan, Senthilnathan said. Money power now plays a significant role in electoral performance. Unlike the other actor-turned-politician Vijayakant, Haasan has not moulded his fan clubs for politics. “Even Vijayakant couldn’t do much against the two major Dravidian parties and is now a spent force,” Senthilnathan said.

While competition with Rajinikanth could be one of the factors fueling Haasan’s comments, it cannot be cited as the only reason, Senthilnathan added.

This rivalry came to the fore during the diamond jubilee celebrations of the DMK’s mouthpiece Murasoli last week, when Haasan took a direct aim at Rajinikanth, who was in the audience. Pointing to Rajinikanth’s decision not to speak at the event, Haasan said he decided to take the stage as he felt “self respect was more important than self defence”.

Still, as far as Haasan’s political thoughts go, it is still hard to locate him neatly on the ideological spectrum. He has done a number of overtly political movies. In the 1980 film Varumaiyin Niram Sivappu, he donned the role of an unemployed youth with communist leanings. In 1988, he did Unnal Mudiyum Thambi, where he takes on his casteist father played by the veteran Gemini Ganesan. While he has often said Thevar Maganadvocated humanism, many critics have, on the other hand, slammed the movie for glorifying the community and its feudal tendencies. But the movie made him quite popular in the Thevar community.

In public appearances, Haasan has carried himself as a rationalist but has stopped short of attacking caste strongly.

One advantage that Haasan has over Rajinikanth is the fact that no one questions his Tamil roots, given that his family hails from Ramanathapuram in southern Tamil Nadu. Tamil nationalists like Seeman, who have vehemently opposed Rajinikanth’s entry into politics by citing his Marathi roots, have been quite soft on Haasan.

C Lakshmanan of the Madras Institute of Development Studies said there was indeed a political vacuum that has opened up after the death of Jayalalithaa and the retirement of DMK president M Karunanidhi from politics. However, he said it was doubtful if Haasan could build a political movement to take advantage of the situation. “But it is a fact that Tamil Nadu has a strong cinema-politics bond which these actors want to take advantage of,” he added.

Lakshmanan also criticised the actor for remaining silent when Jayalalithaa was around. “Was not Jayalalithaa corrupt? Why did he not ask for her resignation,” Lakshmanan wondered. The professor said the commercial angle to Haasan’s activities cannot be dismissed easily. “He started hosting Big Boss and ever since he has become vocal. Whether this is just a gimmick to push TRPs or if there is more, we have to wait and see.” 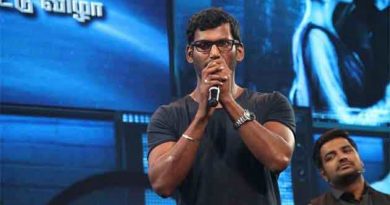 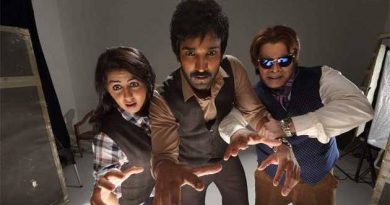 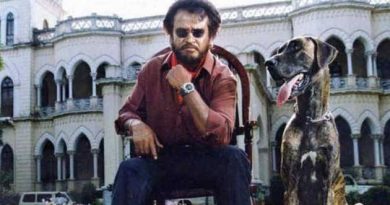