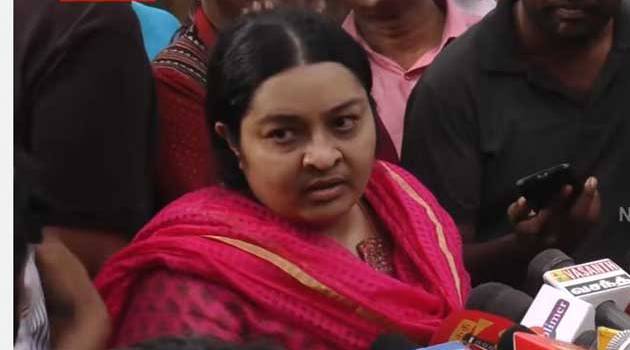 Late Tamil Nadu Chief Minister Jayalalithaa’s niece Deepa Jayakumar has refuted claims that she had gone missing.  In an interview to The News Minute, Deepa, who is based in Chennai, denied a claim made by a woman named Amrutha that she had been unable to trace Deepa.

“I have no idea who this is. They are fake people. Most of them cropped up in 2002 claiming to be our relatives. I know my dad and mom’s relatives, and I don’t know of any Amrutha. I have seen her in some TV programmes recently,” Deepa said.

Deepa also said she was unreachable for a few days as her mobile phone did not have signal following Cyclone Vardah and also had the flu.

On Wednesday, Bangalore Mirror reported that Deepa Jayakumar had gone missing. The paper quoted ‘Deepa’s cousin’ Amrutha, who claimed that she had travelled from Bengaluru, where she resides to Chennai on Monday, but had found Deepa’s house locked and her phone not reachable.

“I am really scared for Deepa after her daring outbursts against Sasikala. I just hope she is safe,” Amrutha told BM.

Amrutha claims to be the daughter of Shylaja, who is Jayalalithaa’s sister. In an interview to Junior Vikatan in 2014, Shylaja claimed that she is the third sibling born to Sandhya and Jayaram, with Jayalalithaa being the eldest and Jayakumar the middle child. “I was a three-month-old foetus when my father died. My mother entered films and gave me to art director Damodar’s son, who raised me,” Shylaja told JV.

She went on to claim that she had a photograph with her mother Sandhya but it was lost and she had no other evidence that she was her child.

However, Deepa Jayakumar called the relative fake, saying, “They are creating a bad name for our family. And things they are saying are not true.”

She wondered why Amrutha wanted to meet her. “Why are they coming to my house, I don’t understand,” she asked.

Describing her family tree, Deepa said, “My father had only one sibling, Jayalalithaa. We all used to live in the Poes Garden house. In the late 70s our family moved out of the house.”

Deepa alleges that the Mannargudi clan had created these ‘fake’ relatives in 2002 to create confusion within the family.

She also said she did not agree with her brother Deepak Jayakumar’s interview with Junior Vikatan recently, stating, “He has voiced his opinion. I don’t agree with that.” Deepak had performed the last rites of Jayalalithaa and had even been allowed to visit Jayalalithaa in hospital, unlike his sister.

Even ten days after Jayalalithaa passed away from a cardiac arrest in Chennai, Deepa said she had not yet heard about a will that Jayalalithaa had left behind. She said, “I have to now sit down and think about my future course of action.”

Deepa had earlier told TNM that she was Jayalalithaa’s legal heir and was ready to fight for her rights.

Her resemblance to Jayalalithaa had paved way for a few demanding that she should be made the leader of the party. 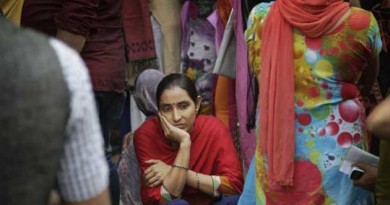 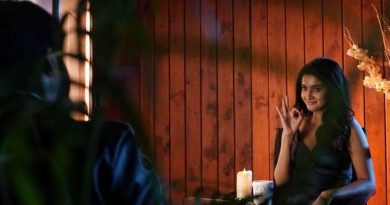 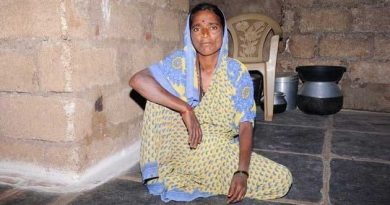 India’s Devadasis Trapped In Cycle Of Poverty And Sex Work