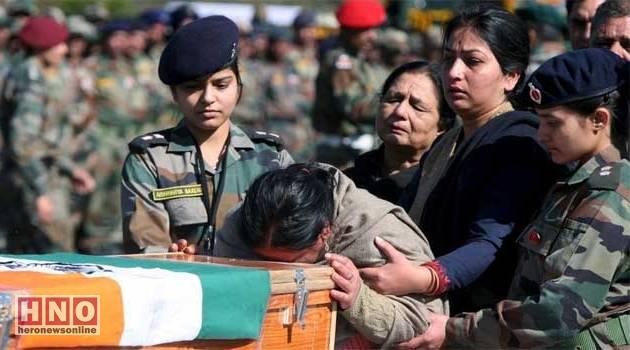 Pacifism: opposition to war or violence as a means of settling disputes

I am a pacifist, an adjective I picked to describe myself after much deliberation. I chose this word after being part of the war establishment in India, seeing it up-close-and-personal.

I became part of the great institution of the Army 13 years ago, when I married my husband, Puneet. As a new Army wife who was shown grace, civility and much chivalry, I enjoyed being a woman within a world where war was celebrated amid the gleam of polished brass and military ribbons. So today, it seems a bit dichotomous to call myself a pacifist.

It is this dichotomy that pushed me to look hard at war and violence and how it has shaped the world we live in, which is so full of terror. With the media showing us images of whole neighbourhoods being bombed in Syria and Yemen, for instance, I wonder at the vast collateral damage of war, which affects people like you and me.

My husband has been trained to fight. I have often wondered what I would have done if I was faced with this dilemma: of being against war but wedded to a man forced to fight it. Luckily, I have never faced this quandary in the past 13 years. My morality on this issue was never tested.

I must reiterate here that I am anti-war, not anti-military. This is because the military has a role to play – to ensure the security of a country’s privileges, resources and borders. It also assists during humanitarian crises and is called in to keep the peace when law and order fails.

Life in the Army

My husband, who retired last month, served the Army throughout his career while being guided by the motto of “devotion to duty”. He was not ambitious to rise within the ranks of the Army. This was not because of apathy or the lack of intelligence and skill. I suspect it was because he first needed to justify his role in an institution that was always preparing for war. He never found that justification.

Puneet had begun to understand the horror of war from the time he was a young Lieutenant, when his buddy – a partner assigned to a soldier, both of whom look out for each other – was killed by a United Liberation Front of Assam militant inches away from him. My husband slowly turned into a pacifist military man. It is true that several pacifists are veteran military men who become this way after witnessing the futility of war. I was fast getting influenced by him, as partners often are.

The heart-wrenching stories of young civilians going blind because security forces fired pellet guns at them, the times I got to meet war heroes from the 1965 Indo-Pak war, befriended soldiers suffering from war injuries, and watched coffins of dead soldiers, draped in the tricolour, sent back home, have only pushed me into believing that war is failure no matter who the victor.

Fortunately for me, Puneet has not participated in war-like situations that are seen in parts of Jammu and Kashmir and the North East. I have known Army wives whose husbands were deployed there. I have seen their fear and anxiety over a missed phone call. We also hear of terrorist attacks, open combat, shelling at the borders and other grim scenarios.

A very close friend lost her husband in a helicopter crash, and I have witnessed how gravely it had an impact on her. A soldier’s death often means a cruel and lifelong disruption for their family.

Just before Puneet retired, a soldier was driving me and we spoke of war. I did not want to discuss the subject as it is usually an unpleasant conversation to have these days, when patriotic emotions are high, and taking an anti-war position is often misconstrued as being unpatriotic.

But the soldier persisted. He said: “Who likes war, madam? The soldier I kill will have a family. He too knows the same is true of me. We don’t want to fight but it is our duty. War is a loss for my enemy and me.”

That is when I realised that since the epic battle at Kurukshetra, as narrated in the Mahabharata, the dharmyudh or righteous war is still fought in the minds of all Army men.

At the same time, I am thankful that Puneet joined the Army. If it weren’t for it, we – a Punjabi-Hindu boy from Delhi and a Catholic girl from Hyderabad – would never have met. If it weren’t for the Army, he would not have witnessed the sacrifice of his buddy. That incident made him realise the value of life as a young officer, and was probably one that turned him into a pacifist. If it was not for the Army, I would have never understood the impact of war on our lives either. So here I am, a pacifist Army wife. For peace is the only way forward. 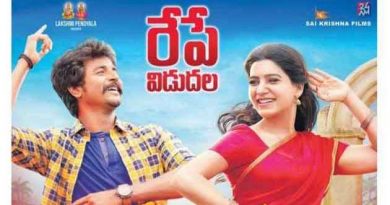 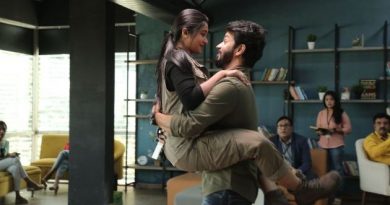 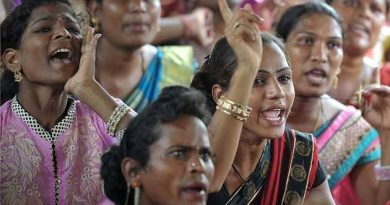 EC Says It Will Be Ready for Simultaneous Lok Sabha, Assembly Polls by Sep. 2018