In an article published in The News Minute, Parnal Chirmuley, Associate Professor at the Center of German Studies, School of Language, Literature, and Culture Studies at the JNU took a strong dig at Times Now Editor-in-Chief Arnab Goswami for his channel’s aggressive handling of the issue and attacking the students of the institute as “anti-national”.

He said: “We must remind ourselves that journalists are also amongst the bravest, ferreting out the truth at great risk to themselves, from the State, from warlords, from disease, bearing a deep commitment to the voice of the oppressed and the dispossessed. Why go as far as Ken Saro-Wiwa – there are examples closer home. Take note, nationalist Arnab. In 1886-7, Dwarkanath Ganguly set newspapers alight with his expose on the ‘Slave Trade in Assam’ that laid bare the indentured ‘coolie’ system in Assam, that continued even after the abolition of slavery in British dominions. Ganguly went to great lengths, undertook arduous journeys, took great risks to expose this dark history. So much so that this was taken up as an important issue in the nationalist movement. He showed integrity and great bravery, lauded in the history of journalism, that resulted in real change for oppressed people. Arnab is a traitor to that tradition,” he said.

Earlier in the article, Chirmuley said: “Here is yet another ‘half baked’ piece by an academic you might be tempted to call an anti-national, simply on account of institutional affiliation. This is how Arnab Goswami described the entire spectrum of serious, sober, well informed, nuanced, if anguished engagement by the academia with the present moment of crisis unfolding at the Jawaharlal Nehru University, where student leaders are being arrested, picked up for interrogation, intimidated, as though they were dangerous criminals, because a few ‘anti-national’ slogans were heard on the campus.”

“We are all used to media trials now. Those of us watching things from the ‘inside’, as it were, are watching the disturbing repercussions and consequences of this trial. The social media are awash with calls baying for the blood of innocent students, calling for a shutdown of the country’s most prestigious university, ranked as the best by the State’s own ranking mechanisms. Many are given to an outright dismissal of the news media, but most recognise its vital importance in sustaining a democracy. That is also why there is great alarm at journalism that is not only irresponsible, but an instance of criminal intimidation, using hate speech to incite violence against those who voice their opinions and stand by a progressive politics,” the professor said.

Chirmuley further said that Goswami was “on the frontlines of this parallel war against nuanced thought, against honesty, against intellectual freedom, and against truth. Over the past week since ‘news broke’ (yes, the truth is shattered to pieces when presented by Him), he has used a range of careful strategies to achieve the end of the demonization of public education. It is easy to see these if you put aside the sick froth of vitriol.”

Meanwhile, angry students in JNU protested against the “media trial” particularly in the wake of Goswami’s strong opinions against the students and calling things “anti-national”, said a report published in the Quartz.

“We won’t tolerate media trial,” the students were quoted as saying. They said the media’s presence on the campus won’t be tolerated if they cannot report the facts right.

“I have joined a protest for the first time today because terrible things have been happening to students of this campus, and television media has ostracised us and turned this issue into a political game where all actors show up on debates and score points,” said one student, the Quartz report said.

There were also calls of “Arnab Goswami go back!” from the students. According to faculty members, who spoke on condition of anonymity, the nature of coverage of the incident has created problems for the students. 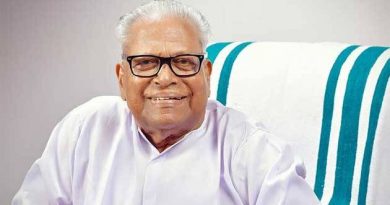 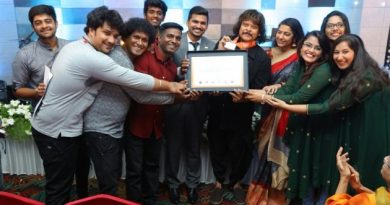 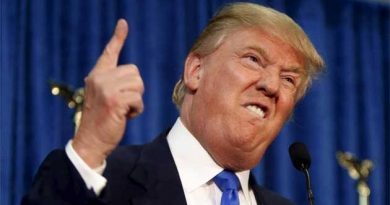