When BJP gained power in 2014 and Narendra Modi took the chair of PM, there was this one thing very evident – Its nexus with the crony capitalists was going to have a boost. Rahul Gandhi’s speech remarking on the close nexus between certain business houses and the Prime Minister have turned out to be true. Startlingly even as the country’s farmers are committing suicide daily, the Modi Government has been giving preferential treatment to a few businessmen, who have interests in the agri-economy.

One of the most common meal items of the common man i.e. Dal is being sold around at Rs.150. It had touched a record height of Rs 220 months back. Though there have been droughts in many areas of the country, but it happens almost every two years and yet the prices did not go above Rs 100 ever. Now you will be guessing why all of a sudden the Dal Prices has been pulled in among the largely unrelated topic. There is a connection and a big one, though not verified but needs to be investigated.

In 2014, Adani had formed a joint venture with Wilmar Company of Singapore for the marketing of food items in India. This joint venture company worked to collect the agricultural produce on large scale from the farmers in major states producing pulses. Since there was a cap imposed on the amount of collection and storage, Adani utilized his political influence and got a government order passed which removed the cap. This allowed the company to collect and store the three types of pulses into their warehouses. At that time, the entire produce of the three states were in the possession of Adani’s company approximately 100 lakh tons. This gave them control over the prices and they started selling the pulses at Rs 220 per kilogram which were bought merely at Rs 30 per kilograms. It is estimated that Adani’s Joint venture company earned total profit of  1,90,000 Crores rupees through this route, mostly unaccounted ones.

Gautam Adani has always been at the close proximity with Prime Minister Narendra Modi. After Modi was sworn-in, Adani was seen accompanying him on most of his foreign trips. The massive $1 Billion loan was also provided by the SBI to Adani groups in spite of him being under massive debt.

It is estimated that amount that Adani owes to the financial institution is equivalent to the debt of all the farmers in India. During the election campaigns of BJP as well, Narendra Modi was seen availing the benefits of Adani provided aircraft. It has also been alleged that Modi’s campaign that had cost billions of dollors was funded by the likes of Gautam Adani and this probable generosity by the Modi government is their return on investments.

Narendra Modi government has been bringing Industrialist friendly policies keeping the interest of common man and the country at bay. From its anti-farmer amendment of land Acquisition act (which it took back amidst huge protests led by the Congress and other Opposition parties) to the big tax rebates and friendly loan schemes, the government has ‘unethically and cleverly’ been working for their well-being. 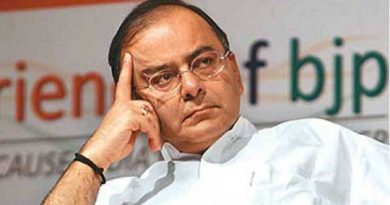 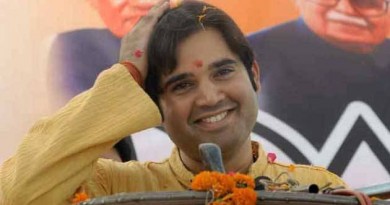