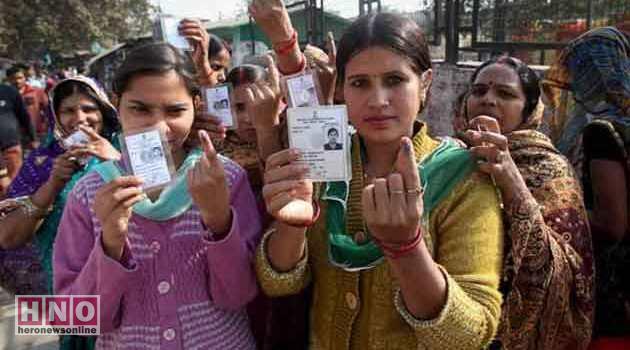 I had my Ola wisdom on the eve of Delhi Municipal Council (MCD) elections. We had taken a taxi on our way back from the last informal meeting on the day before polling. As he dropped us, the driver asked us if I was from a political party as he vaguely recalled my face. It didn’t matter, I said, and asked him what he thought of the MCD election. It turned out that he was a traditional Congress voter who had for the first time shifted to the BJP in the 2014 Lok Sabha polls. However, he switched to Arvind Kejriwal in February 2015. And this time? He did not recall the names of local candidates in his ward but he was sure he was going to vote for Modi.

I asked him what he thought of the way MCD had functioned. “Kuchh kaam nahin kiya” (They didn’t do a thing), he said firmly. I reminded him that the BJP had been running the MCD for the last ten years. He feigned ignorance, but this information did not seem to make a difference to him. Why not stay with Jhhadu, I persisted. “Kejriwal ne to dhokha diya” (Kejriwal has betrayed us), he replied. He said now his hopes are pinned on Modiji: “He has given a good chief minister like Yogiji in Uttar Pradesh, he will ensure a good government in Delhi as well.” I was speechless and horrified. The Ola driver had taught me something about politics.

The counting of votes for MCD elections began on Wednesday morning and the outcome is along predicted lines. The voting pattern followed by the Ola driver appears to have been replicated all over Delhi. A massive yet silent shift of votes in favour of BJP was quite evident towards the end of the campaign. I was fully involved in the campaign for my party, Swaraj India and missed no opportunity to draw attention to BJP’s misdeeds in Delhi’s three municipalities. Yet, it was clear that the voters were not focusing on the performance of the MCD. They were more attentive to my criticism of the AAP government in Delhi. Exit polls merely confirmed the subjective impression of many observers that the BJP had established a huge lead on the polling day. Exit polls estimated that BJP’s lead over its nearest rival to be a staggering 20% plus and the actual vote seems to mirror that finding. Such a lead has naturally translated into a complete and clean sweep in terms of seats.

The outcome is intriguing as well as tragic. Delhi’s three municipal corporations are likely among the worst run municipalities in the country. A visit to the outer and eastern peripheries of Delhi – which now house nearly half of the city – reveals an urban infrastructure no better than that in the towns of UP and Bihar. Even a casual visitor to the citycannot help but notice the garbage dumps, dirty water and stench all over the city. In the last one year, Delhi has been through a chikungunya and dengue epidemic and its air pollution has crossed all danger marks.

There is no doubt about who the culprit is: the municipal corporations in Delhi run by the BJP for the last ten years. In popular lexicon, these are known as the ‘most corrupt departments.’ The only time you notice the MCD is when its inspector arrives to demand a bribe to turn a blind eye to any building activity. These municipalities are a textbook example of how urban governments ought not to be. True, they have been starved of resources by the Delhi government, but they have done little to generate massive revenues that they could through parking, advertisements and toll tax. If the BJP looks set to come back to power in the MCDs, it is nothing short of a democratic scandal.

Why did the people of Delhi vote for a non-performing ruling party? Clearly, the answer does not lie in EVM tampering. Instead of making such rash and irresponsible allegations, BJP’s political opponents like myself acknowledge the fact that BJP is winning because the people are voting for it.

Clearly, those who voted for the BJP did not think they were rewarding the non-performing MCDs. The BJP managed to detach this election from the difficult municipal issues. Instead, it distracted the voters and the media into discussing nationalism, Kashmir, cow slaughter and national security – issues that have no bearing on the MCDs. It also managed to deflect popular anger against its sitting councillors by deciding not to re-nominate any of them. The Aam Aadmi Party also contributed to this decoupling of the elections from the real municipal issues by making it a personality contest. The AAP campaign was all about turning this election into a personal referendum for Kejriwal. Some of the hoardings did not even carry the name of his own party. Smaller players like Swaraj India, constrained by lack of resources and media attention, tried to bring the debate to municipal issues, but with very limited success.

In the end, the MCD polls became a simple popularity contest between Arvind Kejriwal and Narendra Modi and the people of Delhi appear to have chosen the PM over the CM. This cannot be explained by the ‘magical Modi wave’ sweeping across the country. We just need to remember that the Modi wave was no less strong in 2015 when the BJP bit the dust in the Delhi assembly elections. If anything, the PM’s popularity was a shade higher at that point, having scored an unprecedented victory in Maharashtra and Haryana following his Lok Sabha success. Unlike now, his party did not face any local anti-incumbency either. The Congress and the AAP were the prior incumbents then. We cannot escape the difficult question: Why did the Modi wave fail to work in 2015 and appears to be working in 2017?

The difference lies in Delhi’s experience with the AAP government since February 2015. Within a few months of coming to power, AAP lost its moral sheen. Its promise of good governance also turned hollow as the government had little to show for its track record except a partial reduction in electricity bills and additional funds for school education. Instead, the government has been busy playing blame games against the Central government and its representative, the lieutenant governor. No doubt some of these complaints are valid. But an over-reliance on thisblame game has left the people of Delhi – like my Ola driver – sick and tired. The personality cult of Kejriwal is beginning to boomerang as he loses this personal referendum. The AAP’s meteoric rise now threatens to turn into a meteoric fall.

One can only hope that the party has the capacity to learn some lessons. The MCD election in Delhi has completed one phase of BJP’s rise as the hegemon in Indian politics. If oppositional politics does not come to terms with reality even now, it might be too late.

Yogendra Yadav is a political activist and psephologist, and founder of Swaraj Abhiyan.

An earlier version of this article appeared in The Tribune. 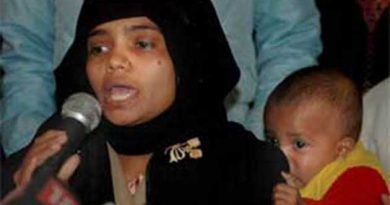 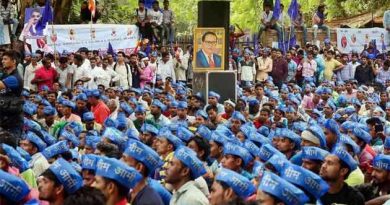 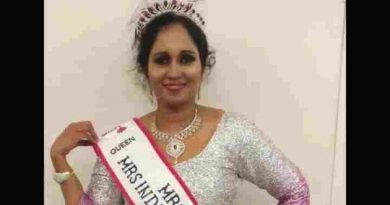